Hello,
I am currently evaluating the chart library, and plotting a FastLineRenderableSeries with an Ellipse PointMarker.
This displays exactly the graph I want. However, I would like that when the user hovers over a point, the point would highlight and he can see a tooltip showing what is the exact X value and the exact Y value.
Example of what I would like : http://www.highcharts.com/demo/line-basic
Would be even better if when hovering over the line the “nearest” actual point were highlighted with the tooltip.
I have tried a quick search and haven’t come up with the solution yet, note I am new to the library.
Thanks

I want to highlight a single bar in a plot with multiple StackedColumnRenderableSeries (or FastColumnRenderableSeries). I want to do this when the user clicks a bar. I’ve created a “ClickSelectionModifier” that is able to detect what series + data series index the user clicks, but I have not been able to highlight the clicked bar. A few nudges in the right direction would be appreciated 🙂 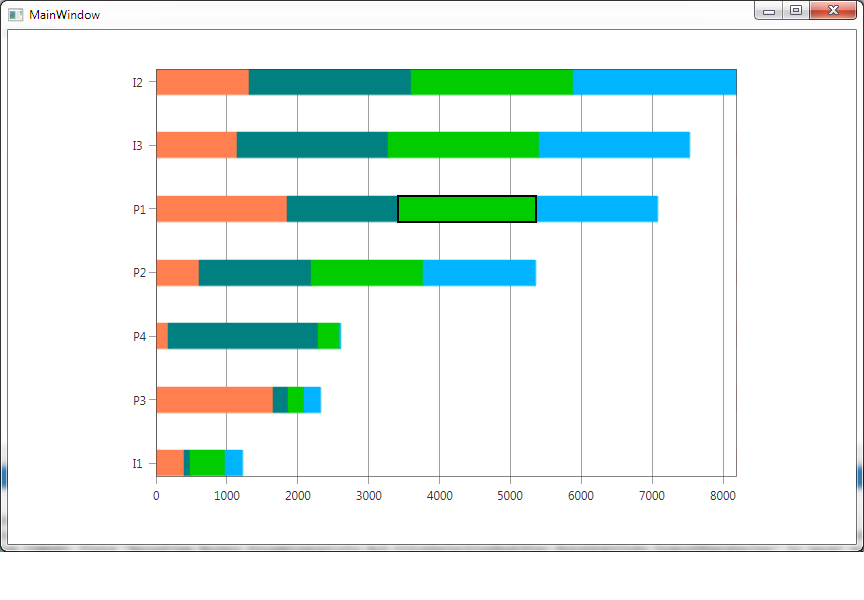 I’m trying to highlight the RenderableSeries when it’s selected instead of having them change color like the example found here: http://support.scichart.com/index.php?/Knowledgebase/Article/View/17185/28/series-selection-and-selected-series-styling

I was thinking the easiest way to do it would be by using an OutlineEffect or DropShadowEffect shader being applied to the series line. But I’m not sure where to put the Effect in the style as

This doesn’t do anything, and looking at the application using snoop shows me that an image is being created out of the render series, and hovering over RenderableSeries is not showing me what that control looks like in Snoop making me guess that RenderSeries isn’t actually rendering anything.

On a seperate note, I want to do this for every type of series so this isn’t just for the Line series. And I want to avoid adding a seperate Series from the ViewModel of thickness “regularSeries.Thickness + 2”, because that would just make things more complicated than it needs to be. It would also be OK to do it in a controlTemplate, however I don’t know how to template any of the series and what to add in them. I’m planning to set the Effect on a “IsSelected” trigger on the style.

I’ve made an illustration on what type of thing I’m looking to do:

I am moving from MPAndroidChart to SciChart but I am also required to provide the same look and feel on the chart produced.

In this app the line chart has three lineCollections vertically offset from each other in MPAndroidChart i could use the charts getHighLighter().getHightLight(x, y) to retrieve a list of the three HighLighted points. This information is then used to display detailed information on those points in a popup panel not part of the chart.

Further to this the highLighting only happens after a longClick where the HigHlight Lines and the popup info panel then appear. Chart scrolling is also disabled. The popup info panel is then updated with the point information as the highlight moves.

Upon touchUp the highlight and popup info disappear and chart scrolling is then enabled.

The RolloverModifier appears to provide the required highlighting but I am confused on how to get the points currently highlighted.

Hi, I am currently working with the DataPointSelectionModifier with StackedColumnRenderableSeriesViewModel series. I currently am able to get the data point with the correct values whenever I click on a column but it seems that I am not able to change the selection fill of the column.

All I can seem able to do is changing the color of the whole series, but that is not what I am looking for.

Showing 5 results
This template supports the sidebar's widgets. Add one or use Full Width layout.
This site uses cookies: Find out more.